All you need to know about MEO Sudoeste Festival 2018

In 3 days the "Tribe" will gather around Music again and fulfill their summer ritual at MEO Sudoeste.

The 22nd edition of MEO Sudoeste has a very strong line up already confirmed with the likes of SHAWN MENDES, J BALVIN, LIL PUMP and JASON DERULO who will have his first show in Portugal. Electronic music fans look forward to the performances by Don Diablo, DESIIGNER, Hardwell and Marshmello, Portuguese music will be very well represented as well, with live performances by acts such as DIOGO PIÇARRA and MUNDO SEGUNDO & SAM THE KID.
The LG Stage curated by Mega Hits bets on great talents of the Portuguese music scene, with performances by BLAYA, PAPILLON, BISPO, DOMI, MAR, PAULO SOUSA, IVO LUCAS, among other new talents that will surely surprise at Zambujeira do Mar. 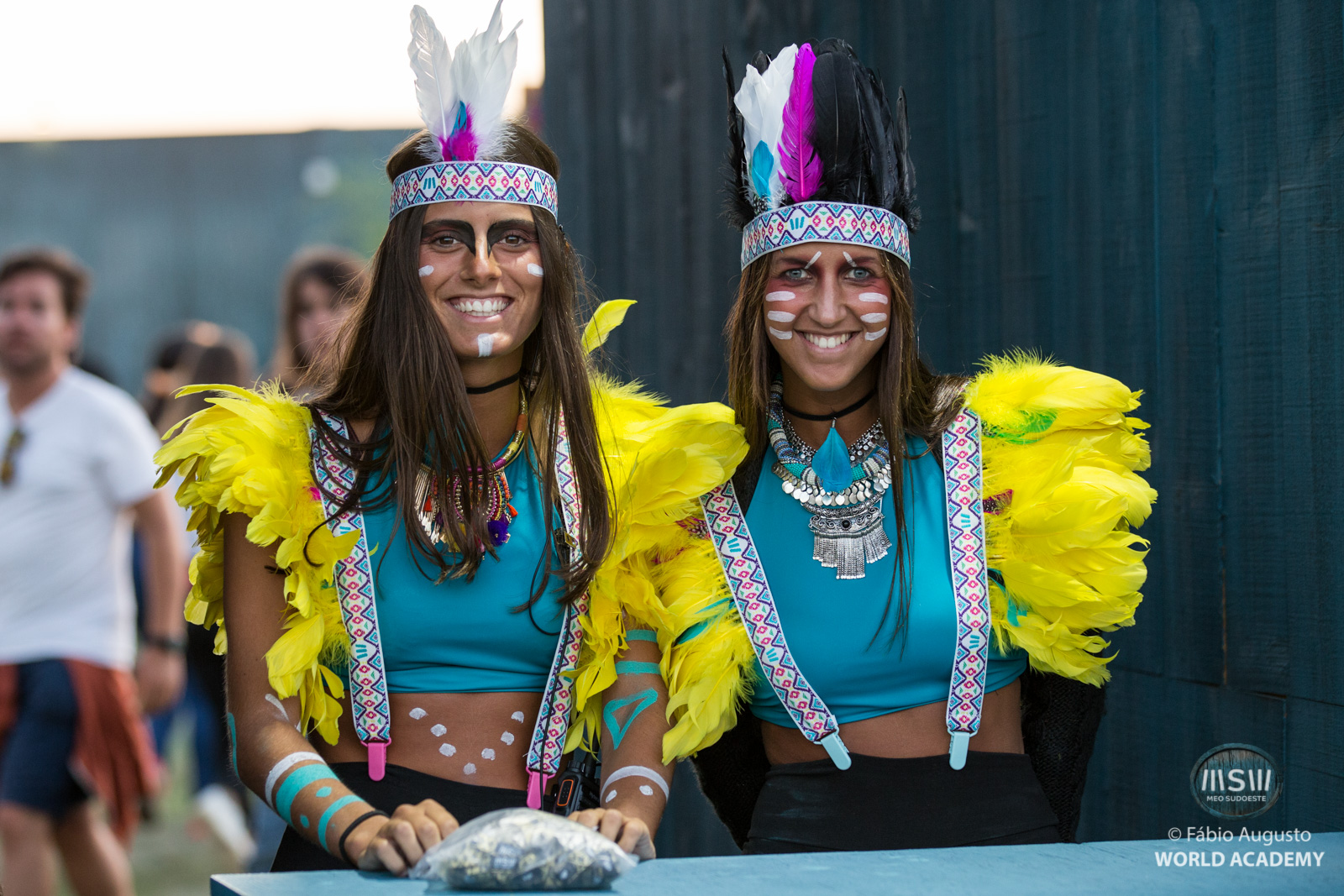 Where? Zambujeira do Mar / Portugal

To complete the exciting line up there is the MOCHE Ring, which recreates a combat ring and a dance floor inspired by the rings of bumper cars we see on Summer fairs throughout the country. On this stage the curatorships of "Orelha Negra", "I Love Baile Funk", "Electronic Jungle" by Carlos Manaça and "EDM to the Fullest" will bring the best tunes to rock the dance floor.

Vila Santa Casa with a new location and line-up

This year the line up focus is on Music with a social message, involving the local community with the festival goers.

Santa Casa, as patron and promoter of Portuguese artists, bets on Music with a social intervention, keeping alive its social vocation.

Vila Santa Casa intends to give, build and create memories through a space where the intersection between artistic practices and social inclusion are promoted. At Vila Santa Casa both the local community and the festival goers will be called to participate and make their contribution. This year, some relevant Portuguese artists were challenged to present and /or develop social intervention projects, bringing them to the Festival. They are: CAPICUA, FRANCISCO REBELO and XEG.

With a privileged location, right in the center of Festival Camping, the program for this “Vila” will be focused on two strands: Workshops and Talks & Performances. 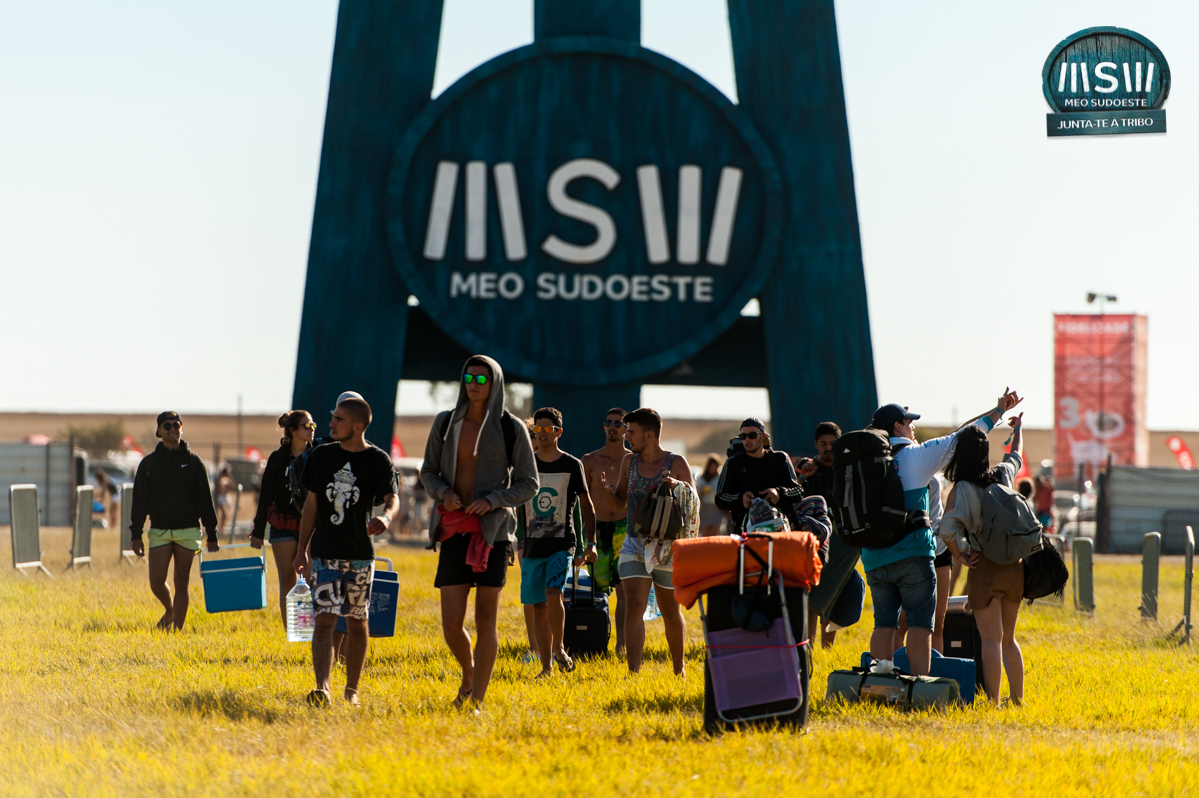 Secret concerts with ‘mistery’ artists will surprise the audience at the Festival’s Camping Site.

In this year’s edition, the campers will be daily surprised by yet another offer, MEO Sounds by Sofar. A different concept of a concert, in a more intimate spirit, made in the image of the global Sofar Sounds movement, where the most attentive audience can watch the private performance of a secret artist, in a place that is only revealed some hours before the show. Every day, in the late afternoon, there will be a MEO Sounds by Sofar at the campsite, always different and always with a surprise act.The concerts will be announced half an hour before they start through the MEO Sudoeste app and the Festival’s social media.

Super Bock stage celebrates the nights in the Camping site, before the opening of the venue

In this edition the Super Bock Stage is prepared to receive thousands of festival goers that make MEO Sudoeste their home during this amazing week. There is music at the camping site since day one, August 4th, to welcome all the campers who arrive early, so as not to miss anything from the line-up of the 22nd edition of MEO Sudoeste. 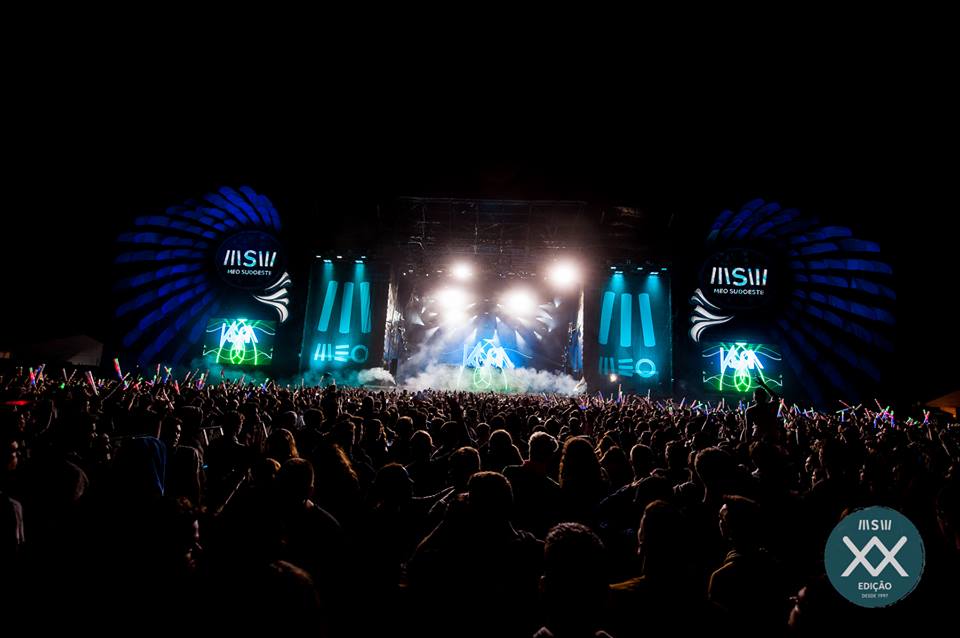 MEO puts Technology at the service of the MEO Sudoeste Tribe

MEO Sudoeste  was the first music event to offer totally Free WiFi throughout the entire Festival site. This year the best WiFi coverage will be available throughout the premises, including camping and parking, covering an area of over 16 acres.

MEO will offer an upgrade of the already award-winning MEO Sudoeste App, which for the first time will be bilingual, with content developed in both Portuguese and English. This feature comes along with a growing international audience that visits MEO Sudoeste and that last year has already represented 16% of the festival goers. MEO SW APP will allow the smartphone to monitor the evolution of the line-up, to see the profiles of the artists, the map of the venue and to keep abreast of the sites and artists of MEO Sounds by Sofar, as well as other differentiating features such as MEO Ride, Shake Chat and MEO or Not.

Get the app for Android and iOS!

Naturally, there will be Mobile Phone Charging Points, distributed by the venue and camping, in an even more significant number for this edition.

The 22nd MEO Sudoeste arrives with new improvements in the venue, presenting itself increasingly comfortable for the public. The main food court can now be found at the entrance of the venue. Also the food court in the camping site has been improved, so that the festival goers feel more and more at home.

In order to guarantee the best conditions for the festival goers, MEO Sudoeste reinforces the services available at the camping site. The visitors will be able to count on Showers Animation by MOCHE, Teka Community Kitchen, LG Cool Spot Laundry and Continente Online Supermarket.

MEO Recycling Bins: festival goers are encouraged to collect their waste and receive rewards by doing that. This is a way to raise the awareness of the festival goers about the importance of recycling.
This year the exchange of waste by gifts will be made through the mobile app.